How can we help?

Tell us a little about yourself:

"Justin at Alchemy Marketing is a marketing mastermind. He has worked with our company on every aspect of marketing including PPC, graphic design, mobile website optimization, media buying, billboard procurement and design and mass mail outs to name a few. Justin is very data driven and has a knack for pulling out insights that help our business optimize our advertising budget. I would recommend Alchemy to anybody looking to grow their online presence and drive more traffic to their website."

"Justin has been a pleasure to work with. His expertise, creativity, and promptness keep us happy customers. 90% of our customers come see us because of how well our google ad words campaign is managed. We wouldn't be here if it wasn't for his website development and ability to utilize online marketing. Thanks Justin!"

"Justin and his crew at Alchemy Marketing are the bomb-diggity! Everything I need, and everything I envision, comes to life quickly and effectively through their expertise. When I'm not sure what I want or need, Justin's suggestions always point in the right direction!"

By: Tanner King
On Site SEO, The SEO Checklist

In this article, we’ll be discussing the difference between image alt tags and title tags, the benefits of using alt tags, and best practices to follow when writing both alt tags and image filenames.

What is an Alt Tag?

Alt attributes, more commonly known as alt tags, are short blocks of text written as the backup for when an image can’t be seen on a screen as well as providing information for search engines to describe the nature of the image.

But, don’t get them confused with image title tags. I know it’s slightly confusing, but don’t worry. I’m here to clear the air.

An alt tag is only visible to the user when an image fails to load or if the user is using a screen reader. It’s what gets shown or read aloud as a replacement of the image.

A title tag is the block of text that appears when a user hovers over a photo.

Check out the example below to see how title tags and alt tags differ:

Alt tags have clear SEO and user experience benefits. Title tags can be useful, but there’s no evidence to show that search engines use them at all, so they’re not as important in the SEO world.

Below is an example of how I would alt and title tag an image. Hover over it to see the title tag in use. 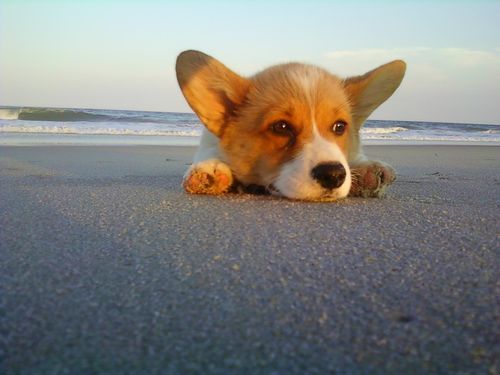 As Matt Cutts of Google describes in their article about images, alt tags are very useful for search engines. This comes down to the fact that computers still aren’t very good at looking at an image and exactly what is happening in it. Sure, you can unlock your iPhone X with your face, but computers still need some help with telling a photo of a dog from a photo of toast.

To help search engines, you can add the short alt tag to all of your images to describe what is happening. This helps engines like Google decide what it’s about and lets them make correlations between the image and surrounding text.

Another big reason to use alt tags is for when a browser doesn’t load your image or the user is using a screen reader.

The user can’t see the image, but at least they know what it was supposed to be.

Blind and visually impaired internet users use what is called a screen reader. It essentially turns the entire surfing experience into audio, reading everything on the screen. By adding alt tags to your images, you give something for the screen reader to read aloud to the user instead of just skipping the image.

If you do want the screen reader to skip an image, simply leave the alt tag blank.

Here is a demonstration of a screen reader, presented by one of my favorite YouTubers, Tommy Edison.

How to Write an Alt Tag

Now that you understand how useful alt tags can be, let’s discuss some best practices when writing them.

This may come as a surprise, but how you name your file also has a potential effect on SEO. As Google puts it,

“The filename can give Google clues about the subject matter of the image. Try to make your filename a good description of the subject matter of the image. For example, my-new-black-kitten.jpg is a lot more informative than IMG00023.JPG. Descriptive filenames can also be useful to users: If we’re unable to find suitable text in the page on which we found the image, we’ll use the filename as the image’s snippet in our search results.”

So, just like alt tags, write the file name as a descriptor and use regular, conversational language.

They probably won’t be used (because you’re going to always put alt tags after reading this article), but it’s always smart to have a good backup. Also, it helps keep your files more organized and gives users a nice, detailed description of the image if they save it to their computer. They’ll be thankful for that.

Your best new customers are searching. Be found online.